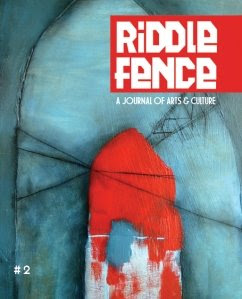 I'm a little late with this, but want to put in a good word for the second issue of Riddle Fence, the smart new Newfoundland literary magazine. A couple of Signal poets make an appearance. Jason Guriel (whose Pure Product is slated for Spring 2009) reviews George Murray's The Rush to Here, and John Steffler (Helix: New and Selected Poems) has four poems.

The standout piece, however, is novelist Joel Thomas Hynes' torrentially abusive manifesto, "God Help Thee." Maisonneuve has bravely reprinted it on their website. Or you can hear Hynes' recitation of it -- as well as purchase the MP3 download -- at Riddle Fence.
Posted by Carmine Starnino at 12:26