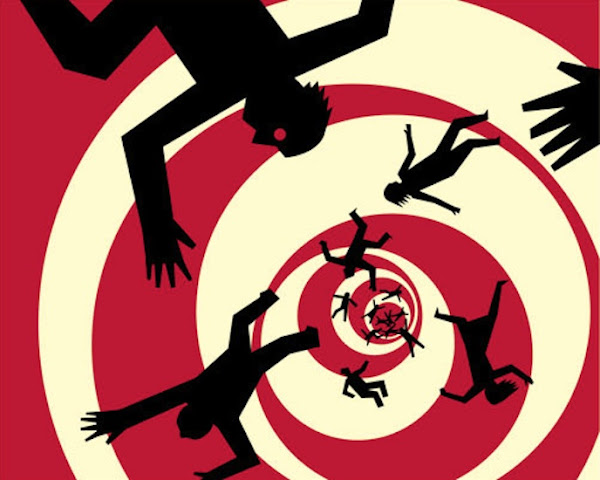 Russell Smith's recent column extolling the excellence of current Canadian poetry—and in which Michael Lista and I come in for praise—seems to have hit a nerve with Bryan Sentes.

"Smith eulogizes Lista and Starnino for being “tough-minded” and “stern”; The Walrus “bravely publishes poems” under the aegis of “the truculent Michael Lista”; and Starnino, in his role as a “combative tastemaker”, has helped “purge” Canadian poetry of “a certain kind of weepy folksiness” Smith blames on the baleful influence of Al Purdy. One’s unsure whether Smith is writing about editor-critics, austerity hawk finance ministers, or Jean Charest in his late showdown with Quebec’s students. In any case, such Iron Lady bluster is as tiresome as it is empty."

Sentes goes on to compare Smith's article to another which appeared the same day:

"How refreshing, then, to read another recent article by poet Matthew Tierney whose purpose, like Smith’s, is to share his excitement about the “fierce mojo” his contemporaries are working. Despite the ironically humble persona he adopts, the catholicity of Tierney’s list of poets who make his “head spin” reveals him to be one of those “poets, it seems, who committed themselves early, read widely, and got down to it”. The sixteen poets he names (including Michael Lista) are mindbogglingly various, writing inventively from and out of (i.e. away from) every school of composition I know of that’s active in North American English-language poetry, let alone Canadian."

As it happens, Matthew is a friend whose new book shows a great deal of that "fierce mojo." I guess I'm curious, however, as to how Lista and I—who clearly fall short of the "flexible, charitable, and gregarious" benchmark Sentes sets for his critics—could be the same people who, together, have published, promoted and reviewed many of the poets on Tierney's "mindbogglingly various" list, including Tierney himself! How did two hate-everything cranks manage to outwit themselves so thoroughly?

We really need to stop associating sharp tastes with literary conservatism—a hallmark of lazy bastardism.
Posted by Carmine Starnino at 11:09

In all honesty, I'm a little perplexed how anyone who reads my remarks carefully, e.g., according to the grammar of the sentences, can come to the conclusion that the post is about anything other than Smith's original article, its rhetoric and evaluations....

Really? It does seem like you hoisted a very big brush and tarred all three of us with it.

I'm unsure of how to make my point without seeming condescending, which most emphatically I don't want to be! All remarks that include reference to yourself and Lista are explicitly framed as being what Smith attributes to you or says about you, which a clear-eyed rereading of my post will confirm. At first I thought to write in response to your response something to the effect that 'Starnino' and 'Lista' in my post are Smith's 'Starnino' and 'Lista'. I'm very glad you both step up to claim the catholicism I praise Tierney for, but it was Smith's rhetoric and valuations that so incensed me, hence my writing, not "with a very big brush" (?!) but with a, I daresay, surgical precision.

If that’s how you had intended to use your scalpel, then I’m sorry to say your argument bled out on the table. But even if I accept your explanation, you’re still in a bit of a logical fix. The “rhetoric and valuations” you object to in Russell's article—which you call "questionable," "regressive," "tiresome" and "empty"—are THE VERY SAME thought process that leads him to share his own excitement about the current poetry scene, as well as the new generation of rigourous editors who have made it possible. You accuse Russell of having “a squintingly narrow view of contemporary poetry" but how do you reconcile the "Russell Smith" you're incensed at, with the Russell Smith who approvingly describes the new crop of poets as "the sort who play with language as plastic material rather than those who see poetry as a confessional form of sort-of prose." A description which, as it happens, is utterly accurate. Had Tierney written that, you would have swooned.

Carmine, I would have thought you had better things to do, such as observing, celebrating and enjoying your birthday and preparing for the launch of Lazy Bastardism, than to quibble with my blog post, of all things.

I’m taken aback that I have to explain my post to a rigorous editor, such as yourself. The theme, if you will, is given in the opening quotation from Rilke’s Sonnets to Orpheus. The post is then constructed around the contrast between Smith’s praise of a criticism of exclusion with Tierney’s practice of inclusion; the one cannot get by without damning, the other is more tactful; the one proceeds by culling, the other by culturing, as it were. (And, yes, I am aware of the dialectic that binds the two, too). My criticisms of Smith are quite specific: the rhetoric of his praise of a criticism of “tough” minded, bellicose exclusion and his affirmation of a particular style of poetry (more on that matter, below). Note the post does not tag you or Lista, a conscious choice, made in the hopes no one would misconstrue the focus of the post. I took great care to ensure that none of its criticisms of Smith extended beyond Smith, since it was his stance and the way he presents it I found distasteful. Are his characterizations of you and Lista accurate? Do you agree with his position, its rhetoric and values? Both questions fall outside my purpose.

Now, to your criticisms of my self-professed surgical precision: it is Smith’s rhetoric of “toughness” I find “questionable”; it is its echoes of “right wing speechifying” I find “regressive” and “tiresome” and “empty”. That is what I wrote. Moreover, I fail to understand how adopting a set of evaluative terms, which echoes that of our contemporary austerity hawks, counts as a “thought process”, exactly. What you write seems to claim that his liking a sternly truculent critical practice and his disliking what he characterizes as a Purdy-esque poetry lead him to praise the kind of poetry he attributes to the critical practice he affirms. Who would disagree? After much brow furrowing, I imagine your point is more along the lines of what you have been arguing from the start: that it is inconsistent to criticize Smith’s literary values and valuations when they lead to similar, sometimes identical, valuations in Tierney, whom I praise (but over whom I hardly “swoon”...). But I don’t laud the poetry Tierney does, only his manner; and all that my criticism of Smith’s critical sense had to go on was an educated guess based on the two unattributed half-lines he cites. Clearly, had Smith named names like Tierney does, my post would have been substantially different. I can hardly be taken to task for failing to take into account what Smith doesn’t say! Do my subsequent generalizations go too far? Maybe. Do they apply to what Smith cites? Absolutely. As for the distinction between poets “who play with language as plastic material rather than those who see poetry as a confessional form of sort-of prose”, both as it’s worded and as it’s deployed in Smith’s article it is not, shall we say, unproblematic, despite whatever rhetorical mileage one might get out of it, but here is neither the time nor place for that long-winded discussion.

I hope your birthday and launch were both good starts to what will prove a productive and rewarding year.