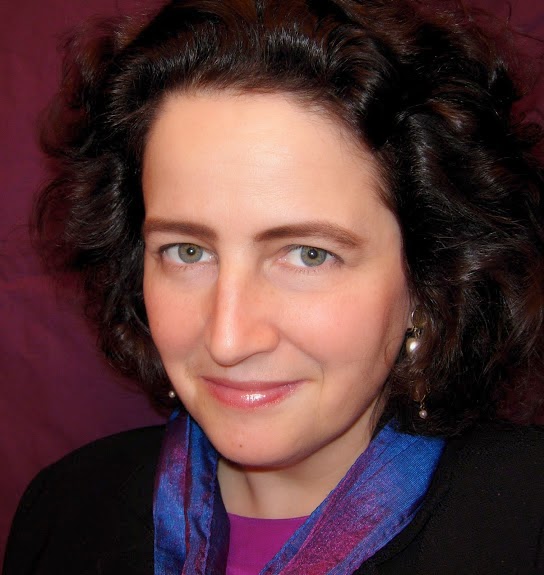 I was finishing up a short email to Elise Patridge when I was told of her death Sunday afternoon. The news wasn’t surprising—Elise was diagnosed with terminal colon cancer last February—but I had hoped to see her one final time. As her prognosis worsened, she and her husband, Steve, decided to rent an apartment in midtown Manhattan where, if her stamina from the “chemo tortures” held up, she planned receive friends and family off and on this spring. It was pilgrimage I was determined to make. But three weeks ago she sent around a message saying that circumstances had forced her to abandon that plan (with characteristic generosity, she also offered the New York apartment to whoever might like to make use of it). Clearly, things were escalating quicker than anticipated. Her email weighed heavily on my mind and I decided to send a note asking after her condition. That my email will now forever stay unsent is, frankly, intolerable. My friendship with Elise dates back to 2001, when I read two poems of hers in the summer issue of Fiddlehead and, after getting her address from Ross Leckie, invited her to submit a manuscript to Vehicule press. We published Fielder’s Choice, her spectacular debut, the following year. Ever since, not a month has gone by without a morsel of correspondence from her. She sent pep-talks, rants, reports, advice, updates and detailed responses on my reviews and poems. She inquired constantly about my job, family (and most recently mailed my 12-month-old, Matteo, a christmas package of clothes). The fact, emerging from the stories being told, that she was conducting similar exchanges with dozens of poets all over the country is staggering, and breaks my heart all over again for the tremendous loss of her passing.

I’m not sure I can add much more to the lovely testimonials that have already appeared online, and I’m going to husband whatever ideas I have about her poetry for a longer piece about her upcoming (and now posthumous) book The Exile’s Gallery. But I thought it might be helpful to collect the reactions to her death in one place and maybe provide some of them—Facebook and Twitter being notoriously ephemeral—with a slightly more permanent home.

Very sad about the passing of Elise Partridge who was kind to me during her tenure as Arc Writer in Residence. She was so lovely to many.
— Christine McNair (@christinemcnair) February 2, 2015

Elise Partridge has passed. She was a terrific poet & a sweet woman. I will remember her kindness & her bright eyes. Rest in peace, Elise.
— Eduardo C. Corral (@EduardoCCorral) February 2, 2015

RIP Elise Partridge on writing &illness: "I.B. Singer said that anyone who talks about himself too much is a nudnik" http://t.co/CAHCJTn1O1”
— sarahmac (@sarahmac) February 2, 2015

How can this be? This is the most terrible thing. Beautiful poet Elise Partridge warmest of women taken from us I just heard. Unfathomable
— Anakana Schofield (@AnakanaSchofiel) February 2, 2015

When I think of Elise Partridge's work, I think of this poem, which has always devastated me, and now even more: https://t.co/rqxvknuCtG
— Matthew Tierney (@hayflick) February 2, 2015

I am thinking of Elise Partridge, who passed away tonight--of her poetry and all the many kindnesses she showed... http://t.co/yIwlbocz3n
— Chris Hutchinson (@CHUTCHI2) February 2, 2015

Amidst celebrations for the #Patriots win, I'm mourning Elise Partridge, one of the purest souls in Canadian letters. http://t.co/VZ9PeSarVM
— Adam Sol (@adamyael) February 2, 2015

The brilliant Elise Partridge has passed away. Such a horrifying loss--she was one of our great poets, and a generous and kind human being.
— Michael Lista (@michaellista) February 2, 2015

Our community has lost a great poet and friend. Our thoughts are with the friends and family of Elise Partridge. http://t.co/2ocacWH1j4
— The Walrus (@walrusmagazine) February 2, 2015

I wrote about Elise Partridge a few years ago. I wish I'd written more about her accomplished poems. http://t.co/EjjqLFKIWf @PoetryFound
— Jason Guriel (@JasonGuriel) February 2, 2015

Working with Elise Partridge reminded me what true passion, commitment, integrity, intelligence, and humility look like when combined in one massively talented artist. Reading her poems is being in the presence of a mind fully engaged. She will be missed.


Elise Partridge was the most amazing person I've ever had the privilege to know. Working with her on her book was an absolute professional highlight for me... I wish I could tell her how much she mentored me, especially in these last few months, on how to be an uncompromising artist and a beautiful, compassionate, loving person at the same time. Her integrity, her kindness, her bottomless support and enthusiasm and gratitude for the work of others, even when she was suffering... I will hold these lessons close for the rest of my life.

She would never have agreed with Larkin that "death is no different whined at than withstood." And she never succumbed to despair, facile or otherwise. Her oeuvre is full of poems about death, but they are playful, virtuosic poems, acts of resistance, testament to the size of her spirit, the defiance of her breath.

Elise Partridge died last night. What a talented poet she was. What a formidable person. The last time I heard from Elise was about a month ago. She wrote to apologize that she wouldn't make it to hear Helen Guri and I read. Meanwhile, she was dying. All that love.

Last year, when my friend Elise Partridge knew she was dying, she asked me to keep her memory alive by teaching her poems. Which was an easy request to honour since Elise's poems are exemplars on many subjects. Elise passed away last night. On Tuesday my 3rd year poetry workshop is set to discuss the elegy. I'd planned to bring this poem which tonight seems exactly as Elise would have wanted it--an elegy for someone else as a poem to remember her by: http://www.poetryfoundation.org/poem/248140


Looking back, I am humbled to have been included among the lucky few (or many) that Elise connected with, and in awe at the scope of her giving even in a time of great illness. Or, I should say, in awe that the illness changed nothing, that this giving out of hers was not an expendable part of her daily routine but simply was her life. What could she do but live it?


My dear dear friend Elise Partridge passed away yesterday evening. She was a marvellous poet and an even more so person. Warm loving acute witty skeptical wry and humane. I am sort of reeling with it (though her death was known to be coming for a while) and don’t have much more to offer than that right now. Here though the first lines of the first poem (“Everglades”) of her first book (Chameleon Hours) —

Nothing fled when we walked up to it,
nor did we flinch

Not a bad note on which to open a life’s work. No fear and no frightening. God I’m going to miss her.

Posted by Carmine Starnino at 11:19

Just to add my voice to those above. Such sad news. I will miss opening e-mails from her: that ecstatic tumble of praise, news, humour, encouragement, insight and shrewd appraisal. Such a generous spirit. Just last week I was reading her poems again and making new connections, thinking how they reminded me in their precision and diction of Theodore Roethke's best. Life is not fair.

Thank you for this, Carmine. For your true words, for gathering together others' words, and for saying what those of us who are still wordless with loss have been thinking and feeling.

Carmine, let me echo Stephanie. Since hearing the sad news, I have until now been wordless. Last night I was finally able to revisit the four fat folders of correspondence with Elise that I saved (a dozen years of email exchanges since I reviewed Fielder's Choice, with amazement and delight, back in 2002) -- to marvel at the vitality, vigour, passion, intelligence and heart that she poured into them. It was a precious conversation, intermittent but ongoing. I can't believe I will never see her name in my In Box again. It's a comfort -- but a bitter-sweet one -- to know there will be one more book of her wonderful poems to read this spring. We have been blessed to know her.

I suspect many of us have been revisiting old emails this week in an effort to hear that warm, generous and perspicacious voice once more.
Thank you for writing this, Carmine. We were all fortunate to have known her even if the time was far too short.