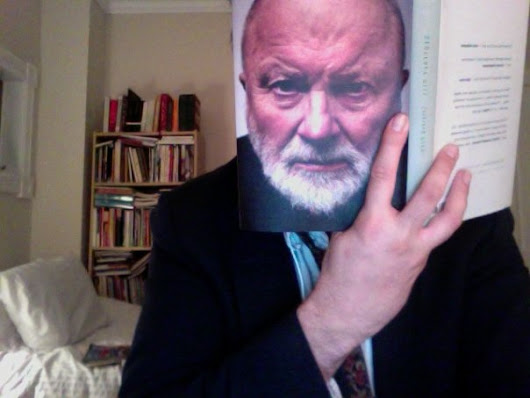 Bryan Sentes isn't impressed with Michael Lista’s review of Tim Lilburn’s Assiniboia (my earlier post here). If I understand him correctly, he thinks Lista trashed the poems without bothering to understand them. Worse, that such negative reviewing “hardens positions” rather than “expanding and quickening literary awareness”—the latter, according to Sentes, being the real goal of criticism. I have three points to make. First, it's precisely because Lista draws on Lilburn’s own theories that his defrocking of his book rises to the level of criticism. Second, it's precisely because Lista has spent so much time thinking about those theories that he is able to dress his doubts in sentences that are crisp, coherent and immensely nuanced. In other words, if I admire Lista's "articulate, high-spirited" prose it's because it is proof that Lista did his homework. There are plenty of well-written "evaluatively polemical" reviews that I think are total bullshit. Third, Sentes is right: criticism for me exists to jolt re-evaluations. There are, of course, valuable critical practices that don’t factor in that duty. You can, like Seamus Heaney, turn your subjectivity squarely on itself and scrutinize the reasons you do what you do. You can, like Stephen Burt, play devil’s advocate with your own partiality and train yourself to be an appreciationist. But man, there’s nothing like watching an informed reviewer weaponize their skepticism and attack with suavity—it’s what criticism was invented to do.
Posted by Carmine Starnino at 23:43

Seems incumbent upon me to reply here, or else the Vehicule Press Blog and my own will start playing a weird ping-pong where neither knows if or what the other has posted (as in this case: I only found Starnino's reply out of bored curiosity).

I think Starnino's latest post here and my own share no little common ground. Where we disagree, and may never come to an understanding, concerns Lista's own understanding of Lilburn's own theories. Lista does cite them (as much as he can given the space he has for his column), as he should, but without much charity or depth, as evidenced by his merely contradicting Lilburn's view of the relation of nature and language (as if such a matter can be treated within the scope of an on-line journalistic review!). Worse, though,he uses this offhand presentation as leverage to topple the straw man he has erected, dismissively mocking the lines of Lilburn he does quote without giving any evidence of his being able to understand or appreciate just what said lines might be up to, a necessary exercise for which there is neither room nor context in an on-line literary review.

That Lista's style is lively, Starnino and I agree; that said liveliness is inspired by an understanding of what Lista mocks, there we do not.

Lista's piece is what the Jena Romantics, no choirboys when it came to a good journalistic dust-up, called "polemic", but they, and I, still distinguish it from "criticism", which might imaginably persuade someone who holds an opposite opinion, not just quicken the pulse of the home team crowd.

Starnino may find Lista suave, but his (Lista's) high handedness doesn't persuade me.

I agree with Bryan. Michael's review is so shrill and self-serving that it is difficult to read. Sonnet L'Abbe's review in the Globe and mail is much more astute.

Lista describes Lilburn as 'a trained Jesuit' -- but there's no such thing as an 'untrained Jesuit'. Truer to say that Lilburn entered the Society and left before ordination (I think). A little correction in a review that was otherwise fine, perceptive and pretty spot-on. Lilburn may be an ex-Jesuit but he writes like a Carmelite. Not one of the good ones, I mean. He confuses emotional or neurotic complication for intellectual complexity and this book does no credit to the rigorous formation demanded for members of the Society of Jesus. The Globe review merely takes the man to task for unorthodox identity politics. Lista is better at pointing out the fundamental vagueness of Lilburn's name-dropping: if you think "Jansenists, Port Royalists,/ Cartesians, Baconians, British empiricists” etc. can be vaguely lumped together like this then it's time to do a little more reading, and take better notes this time round. "Pentecostal maximalism" is a very neat description of this kind of bloviating vagueness. I do wished I'd listened to Lista and not bothered to buy the book.... Re. this post more specifically: why must there be so much back-and-forth about poetry criticism in Canada? It's exhausting to read, and probably a low priority when the number of readers nationwide probably doesn't even reach four digits -- that's including people associated with Creative Writing programs in some way (which is to say that Canadian poetry might not have a 'real' audience even in the three figures).