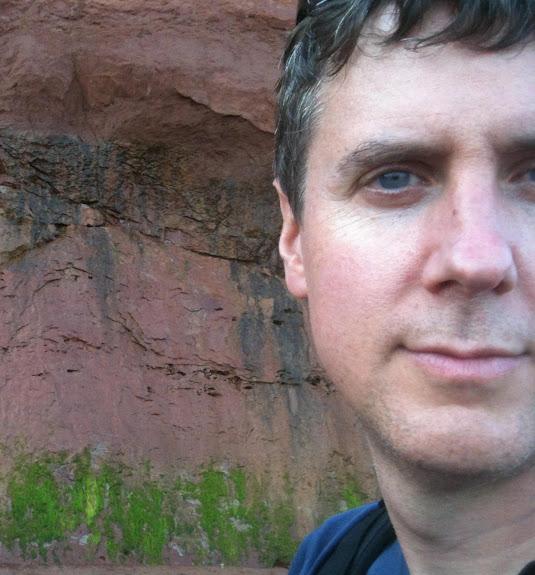 Born in Richmond, Virginia, Derek Webster grew up in Beijing, Toronto and London. He received an MFA in Poetry from Washington University in St. Louis, where he studied with Carl Phillips, Erin Belieu and Yusef Komunyakaa. His poetry and prose have appeared in Boston Review, The Walrus, The Fiddlehead and The Malahat Review. The founding editor of Maisonneuve magazine, he lives in Montreal. His first book, Mockingbird, is being launched this Saturday at Drawn & Quarterly bookstore.

Carmine Starnino: The presiding spirits of your book include Americans like Frost and Stevens, as well British poets like Auden and Larkin, and, of course, that transatlantic enigma Eliot. What draws you to their work?

Derek Webster: Frost’s Virgilian dialogue “Home Burial” was important for me as I put together my long poem “Intervention.” The knife-twisting and sardonic rhymes of Auden and Larkin and the traumatized psyche of Eliot’s The Wasteland helped me make sense of many other things as I went along. All these writers use iambic pentameter as their starting point. I found that using it as a default meter helped me in the early stages of creation. It’s the cabernet sauvignon of meters—a robust, full line that, the more you absorb it, the more it pulls unexpected things from you as you strive to complete a line. Thinking about meter also helps distract from some of the more charged aspects of writing—too much emotion can overwhelm. Of course, rely on it too much, put too much weight on it, you can end up with lines that feel like guide rails. Much Victorian poetry feels that way to me.

CS: It's interesting how your poems often measure things in relation to the past—you’re always looking back at the bigger, bygone, picture.

DW: Well, the past is where ideals go to die, so it’s a rich, complex place for poetry. I like art that captures an unsentimental feeling of history, a connection with people who once stepped spritely where we tromp today. We exist on a very limited scale—modern science tells us we’re barely here at all, that there are other scales unimaginably larger and unobservably smaller than ours. These things make me look for what’s most human in us as a kind of answer, and for me that means love, history and family. I’m not sure if these qualities come across in my own writing, but I think of them when I write, and take pleasure and solace in playing out different results in different poems. There’s a brilliant contemporary poet, James Pollock, who has written a long poem called “Quarry Park” that captures exactly this sense of things.

CS: Has your experience as a magazine editor helped you as a poet?

DW: It’s helped me to discern what’s valuable and alive in my own poems and to leave out things that aren’t. About half of the poems in Mockingbird have been around in some form or another for twenty years. Before I edited Maisonneuve magazine, I was rarely sure of what I had written or why and I had no idea how to make them better. I ran my poems through a gauntlet of drafts and forms that ended up fracturing my confidence because the results weren’t an improvement (the poems got worse, usually). That and some other events pretty much stopped me in my tracks for eight years or more. But when a need compelled me to return to poetry, desperate and a little terrified, I slowly realized something had changed; I knew what to do with my own words now, both the rough scribblings of raw experience and the labouriously reworked “finished” pieces of earlier years. Things started to fall into place then.
Posted by Carmine Starnino at 16:59

Did you know that you can shorten your long links with AdFly and get cash from every click on your shortened links.

View here lots of helpful articles and tips to improve your writing skills.