Resisting Canada --An excerpt from the Introduction

Considering Bardia Sinaee's review of Resisting Canada: An Anthology of Poetry in the November Quill & Quire, we thought it would be interesting to occasionally feature excerpts from Nyla Matuk's introduction.

"What makes Resisting Canada stand out among other recent anthologies is not simply it's editor's unapologetic polemicism or the defiant spirit of its poems but the way those strands are inextricably integrated." - Bardia Sinaee


An Excerpt from the Introduction:

"The poems I’ve selected are not about cultural or ethnic personal identity; they consider social conditions created by the settler-colonial state and how such conditions may impinge on identity. But as I started to think about the effects of resistance on identity, I also began to question the frequently drawn distinction between, on the one hand, poems of private consideration (such as those communing with nature, an object of romantic love, or other loci of meaning English-language readers often associate with the English Romantics or the American Transcendentalists), and poems of public concern in which political agency and resistance are the subjects. I have started to see poetry straddling both; that indeed the distinction is false, 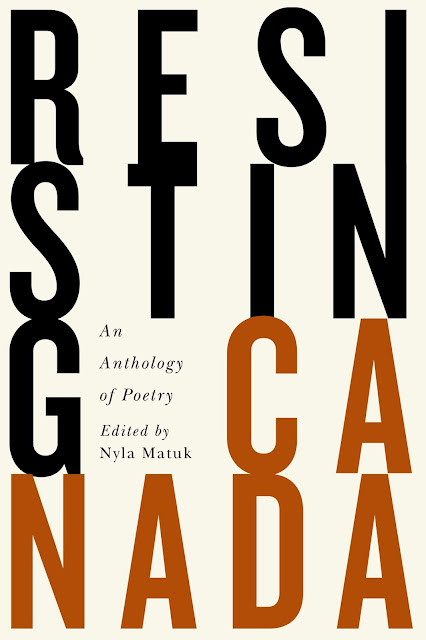 even as both registers must be considered. “My poetry was often dismissed as protest poetry,” Lee Maracle has observed. “My answer was that the term was coined to dismiss the work of Indigenous and Black dub and hip-hop poetry, so I pay no attention… I write the way I write because it is the way I think and feel about the world.” The personal is political for me too."

Yours article is very helpful. Thank you for providing this type of information.